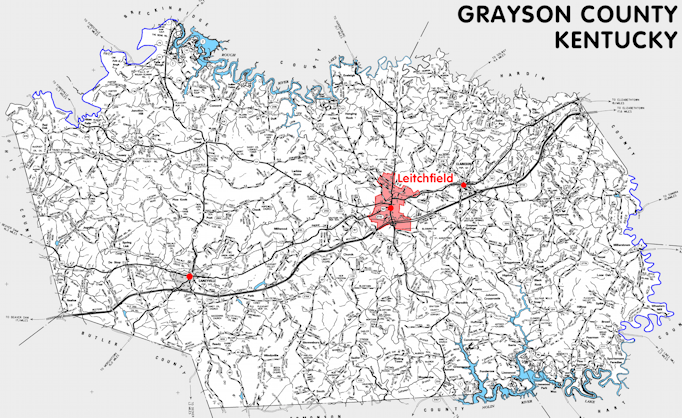 Grayson county is in the Western Coal Field region of Kentucky. The elevation in the county ranges from 395 to 963 feet above sea level.

It was formed in 1810 from Hardin and Ohio counties. The county seat is Leitchfield. Grayson county was a source of Edmonson (1825) county.

The equine population was 3,000 in the 2012 Kentucky Equine Survey.

Grayson county is in the Lincoln Trail Area Development District.