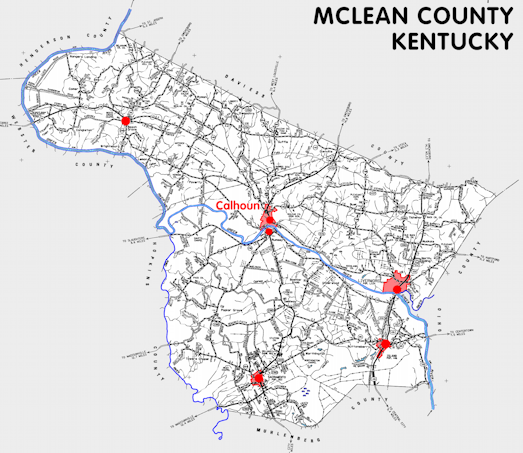 McLean county is in the Western Coal Field region of Kentucky. The elevation in the county ranges from 345 to 660 feet above sea level.

It was formed in 1854 from Daviess, Muhlenberg, and Ohio counties. The county seat is Calhoun.

The equine population was 400 in the 2012 Kentucky Equine Survey.

McLean county is in the Owensboro metro statistical area and the Green River Area Development District.

McLean county was named to honor Alney McLean, congressman and veteran of the War of 1812.