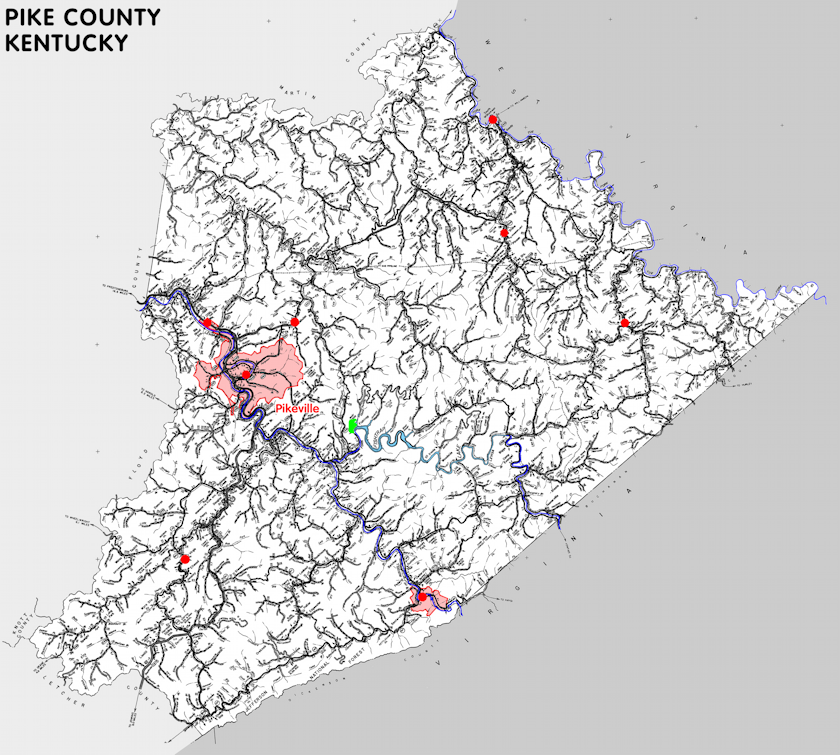 Pike county is in the Eastern Coal Field region of Kentucky. The elevation in the county ranges from 610 to 3149 feet above sea level.

It was formed in 1822 from Floyd county. The county seat is Pikeville. Pike county was a source of Martin (1870) county.

It is the largest county in the state.

Pike county is in the Big Sandy Area Development District.

Pike county was named for General Zebulon Pike, who was killed in the War of 1812.