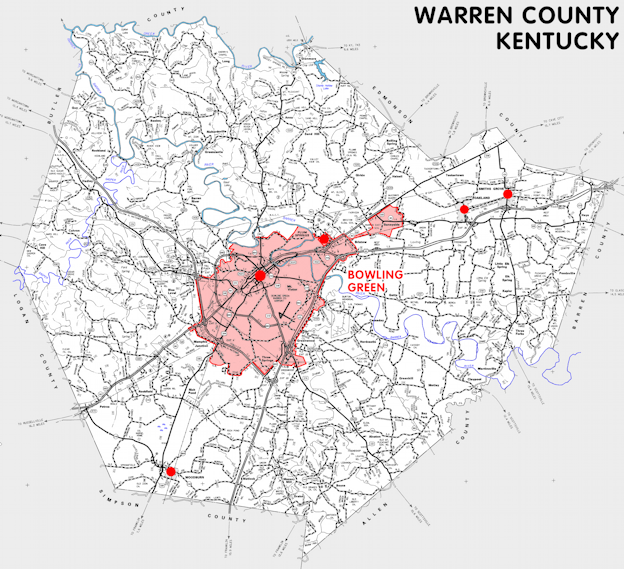 Warren county is in the Pennyrile and Western Coal Field regions of Kentucky. The elevation in the county ranges from 395 to 955 feet above sea level.

The equine population was 4,500 in the 2012 Kentucky Equine Survey.

Warren county was named to honor General Joseph Warren, who was killed at the Battle of Bunker Hill in 1775.