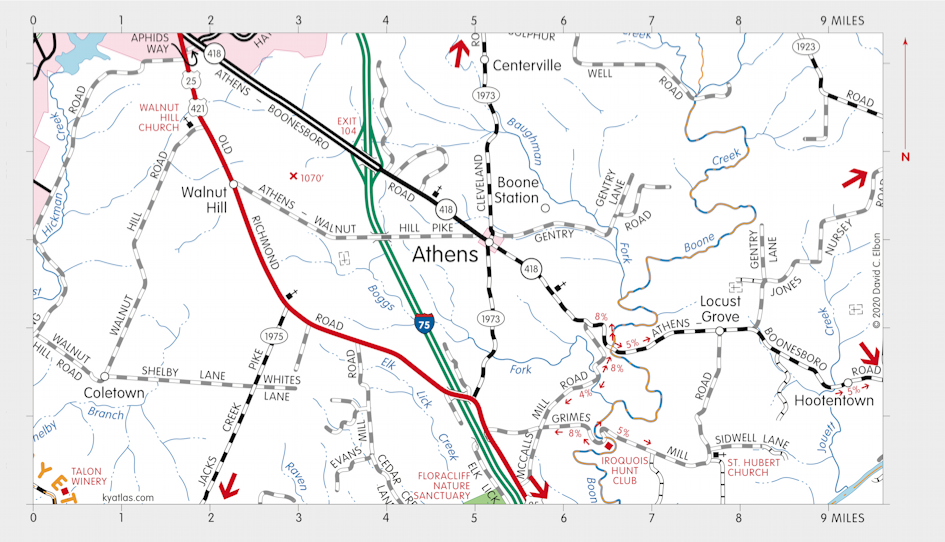 Athens is a Fayette county community located at the junction of KY 418 and KY 1973. It was settled about 1783 and was known as Cross Plains for the crossing of two buffalo traces at the site, which became the Cleveland Pike and Boonesboro Road. The town was laid out in 1826 as Athens, probably referring to nearby Lexington's nickname, "The Athens of the West," and it was chartered by the state. The Athens post office opened in 1826 and closed in 1909. The population in 1970, before it was absorbed by the merged Lexington-Fayette County, was 151.

The site of Boone Station is on the eastern outskirts of Athens on Gentry Road.