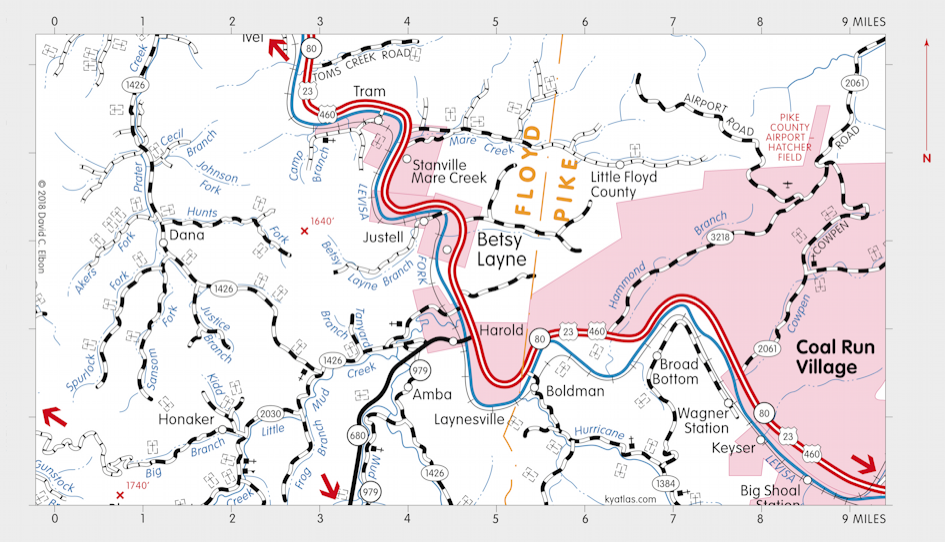 Betsy Layne is a Floyd county community on the Levisa Fork of the Big Sandy River about 13 miles southeast of Prestonsburg. It began on the Layne farm in the early nineteenth century and was named for Elizabeth Johns Layne. The Chesapeake and Ohio Railroad arrived about 1908 and the Betsy Layne post office opened that year. The post office moved several times over the years and the original location became known as Justell, but was later absorbed by a growing Betsy Layne. The population in 2010 was 688.