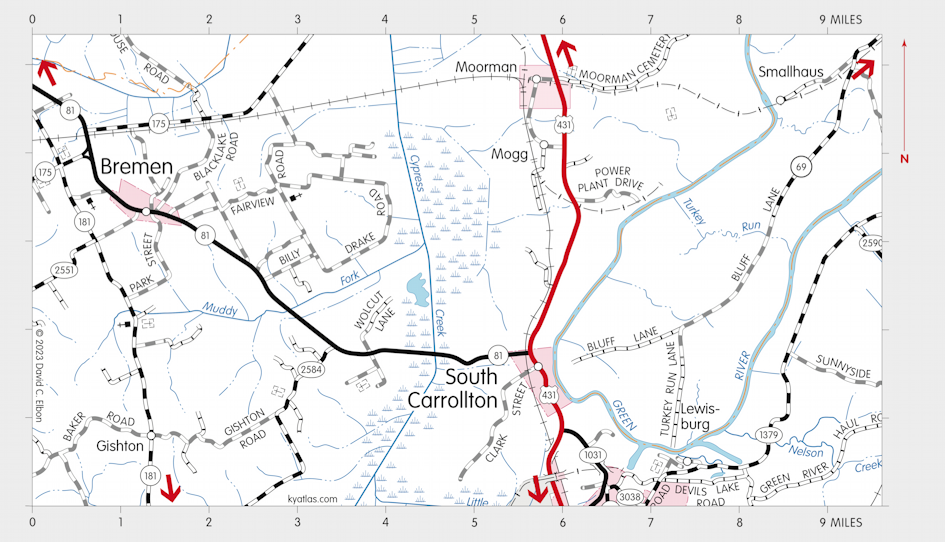 Bremen is a Muhlenberg county city about eight miles north of Greenville. It was established by settlers from Germany about 1832 and named for the town Germany. It was also known as the Dutch Settlement.

Bremen was incorporated in 1869.

The Bremen post office opened in 1832, moved several times over the years, and was briefly known as Bennettsville.