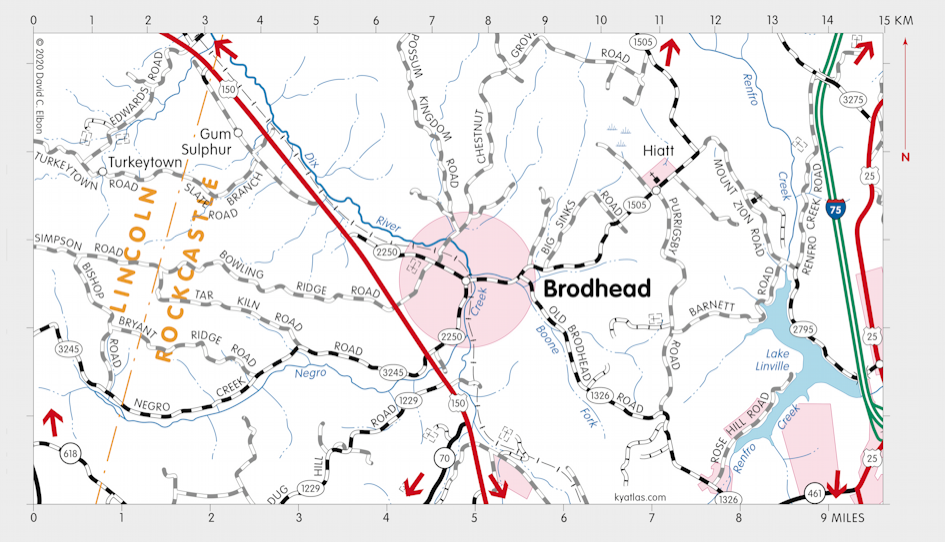 Brodhead is a Rockcastle county city at the head of Dix River about six miles northwest of Mount Vernon. It was the site of an early stage stop called Stigalls Station and was renamed Brodhead in 1868 when it became a station on the new Louisville and Nashville Railroad. The origin of the name is uncertain.

Brodhead was incorporated in 1880.

The Brodhead post office opened in 1868 (and was spelled Broadhead for several years).