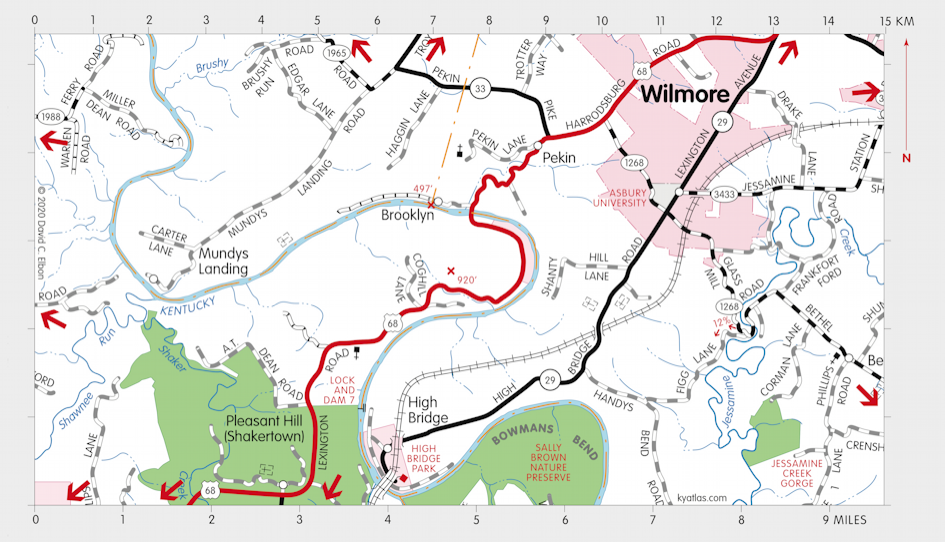 Brooklyn is a Jessamine county community on the Kentucky River. It reached a population of close to 500 before it was destroyed by a late nineteenth century fire and flood. It was named for a Colonel Brook. A post office operated nearby at Cogar's Landing from 1854 until 1861. Thomas Cogar had a store, landing, and from 1845 until 1871, a ferry. (The first Brooklyn Bridge was built in 1871.) Todd's Ferry operated here sometime before Cogar's.

Map of the Brooklyn area from the 1877 Beers Atlas of Bourbon, Clark, Fayette, Jessamine, and Woodford Counties.