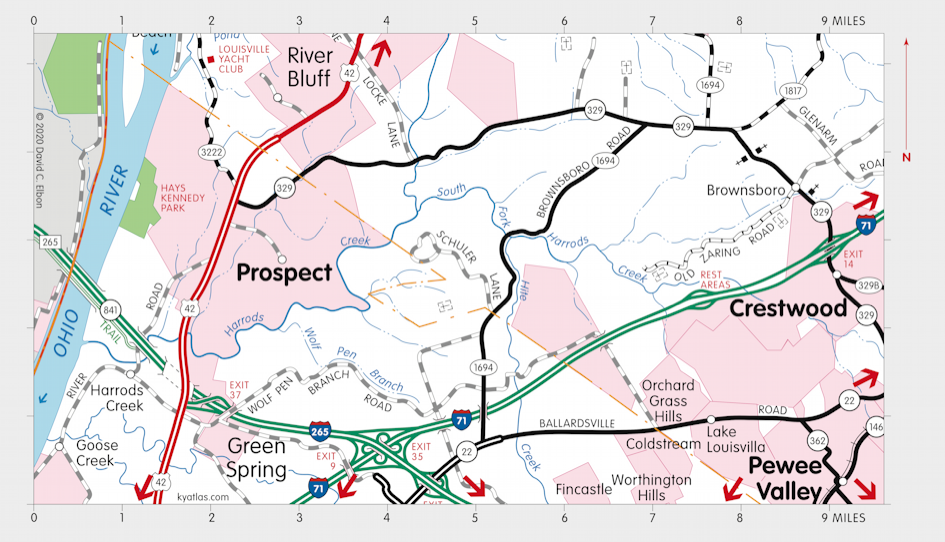 Brownsboro is an Oldham county community on KY 329 about six miles southwest of La Grange. It was established early in the nineteenth century and was the commercial and industrial center of the county until it was bypassed by the Louisville and Frankfort Railroad. It may have been named for John Brown, who was instrumental in Kentucky statehood and the first senator from Kentucky. It was near the site of the circa 1782 Kuykendall Station.

The Brownsboro or Brownsborough post office opened in 1827 and closed in 1908.