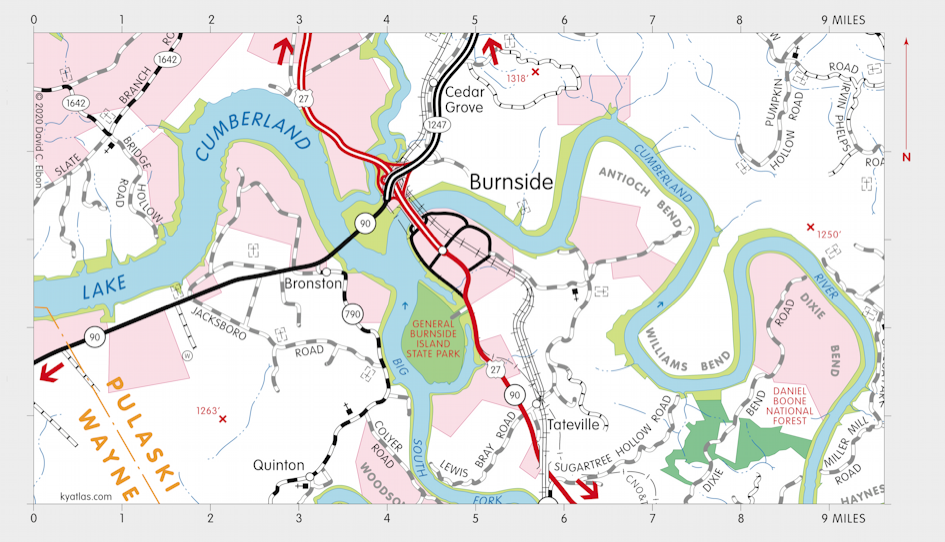 Burnside is a Pulaski county city located on Lake Cumberland at the mouth of the Big South Fork about three miles south of Somerset. The name comes from Camp Burnside, a Civil War encampment of General Ambrose Burnside. It was established near the confluence of the Cumberland River and its South Fork and was initially known as Point Isabel or the Point. In 1950 the town was moved to its current location to make way for Lake Cumberland.

Burnside was incorporated in 1890.

Map of Burnside circa 1950, before the impoundment of Lake Cumberland.