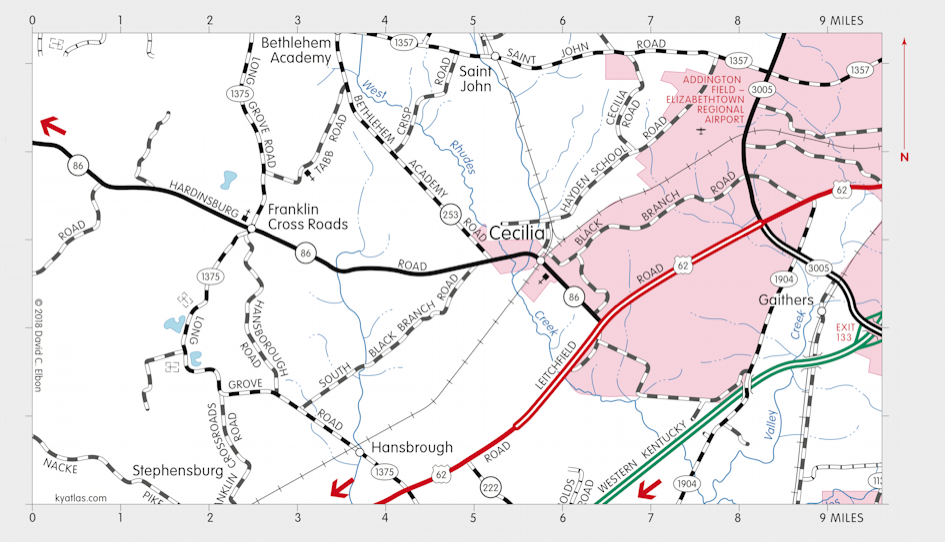 Cecilia is a Hardin county community just southwest of Elizabethtown. The area was settled in the late eighteenth or early nineteenth century and the name comes from the Cecil family of settlers. It may have been known as Cecilian Station in the early days. A Cecilian College, founded in 1860, operated in the nineteenth century. The community was also known as Cecilian Junction after the arrival of the railroad in 1870. The name was shortened to Cecilia in the early twentieth century.

The Cecilian post office opened in 1871 and was renamed Cecilia in 1912.

The population of the Cecilia census designated place in 2010 was 572.