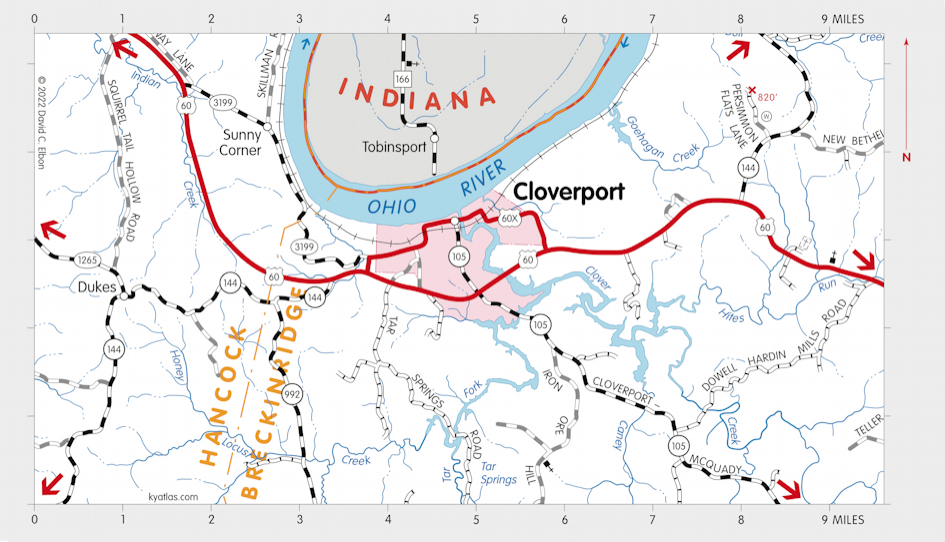 Cloverport is a Breckinridge county city on the Ohio River, about eight miles northwest of Hardinsburg. It was established about 1798 at the mouth of Clover Creek and was known as Joesville, named for one or more early settlers named Joseph.

Cloverport was incorporated in 1828 and again in 1860 when it absorbed Lower Cloverport on the other side of the creek.