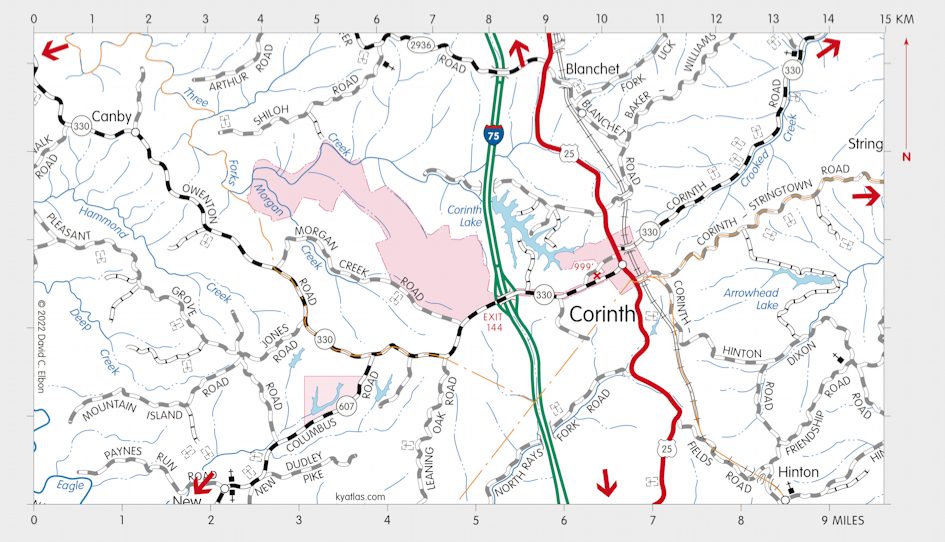 Corinth is a southern Grant county town, extending into Harrison and Scott counties, about 11 miles south of Williamstown. It may have originated as a station on the Lexington-Covington stage and was later on the Cincinnati and Southern Railway. It was probably named for the local Corinth Christian Church. The town may have been known originally as Mullanixville, named for the railway station agent. Corinth was incorporated in 1878. The Corinth post office opened in 1868. The population in 2010 was 232.