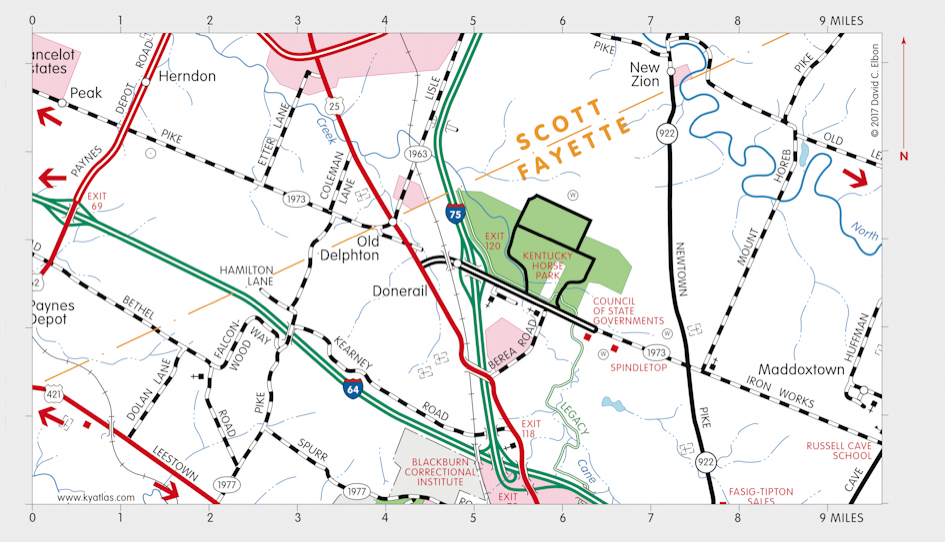 Donerail is a Fayette county community near the boundary with Scott county on the Georgetown-Lexington Pike (US 25), now near I-75 and the Kentucky Horse Park. It was established early in the nineteenth century around a tavern known as Doneraile, probably for the town in Ireland. A post office operated at several locations in the vicinity, occasionally in Scott county, from 1826 until 1973 using the names Donnerail, Donoraile, Carrolton (source unknown), Delphton (for Jeremiah Delph, postmaster and tavern keeper), and Donerail. It was also a station on the Cincinnati Southern Railway. The depot and other early buildings were destroyed to make room for the Interstate and the Horse Park. The site is also marked Old Delphton on some maps.