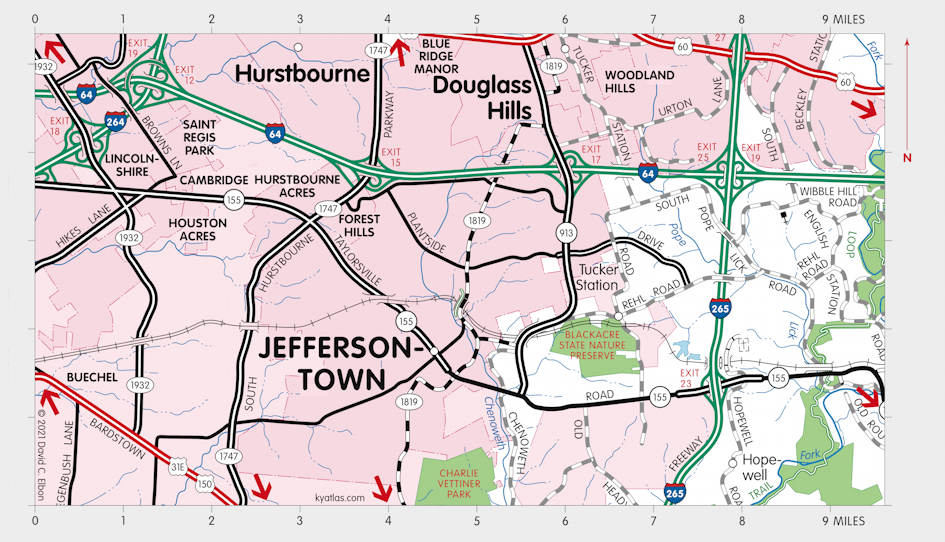 Douglass Hills is an eastern Jefferson county city, a residential suburb of Louisville. It was developed in the 1960s on land that once belonged to James J. Douglass, who operated his Douglass Place farm there from 1896 to 1917. Douglass established the Douglass Park race track in Louisville in 1895. The Douglass house, built at least in part by John Womack in the early nineteenth century, was razed. Douglass Hills was incorporated in 1973. Douglass Hills has never had a post office. The population in 2010 was 5,484.