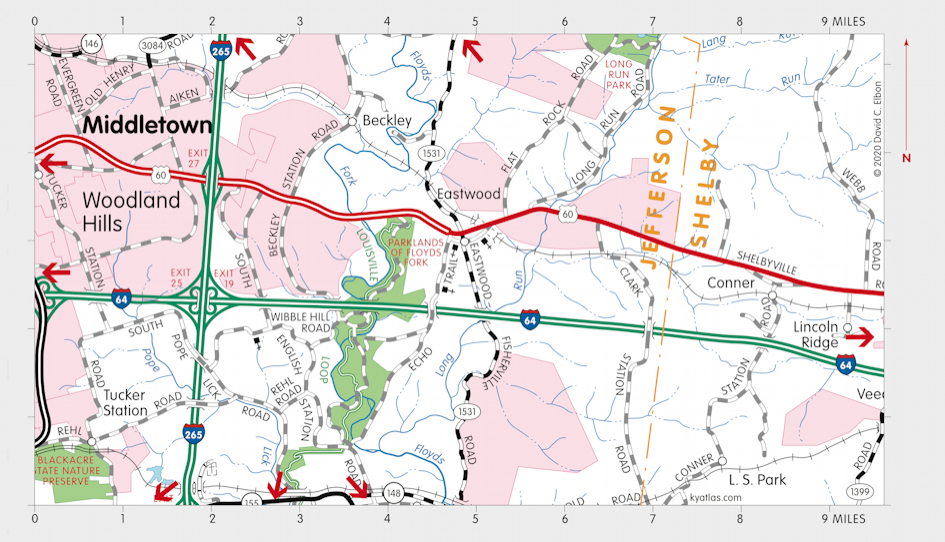 Eastwood is an eastern Jefferson county community on US 60, which was the Louisville and Shelbyville Turnpike. The name probably comes from an early nineteenth century settler. Also nearby was Taylor's Station on what became the Louisville and Nashville Railroad, named for the local Taylor family. Eastwood is now within the merged Louisville-Jefferson County. A Taylor Station post office operated from 1872 to 1881, afterward operating as Eastwood.