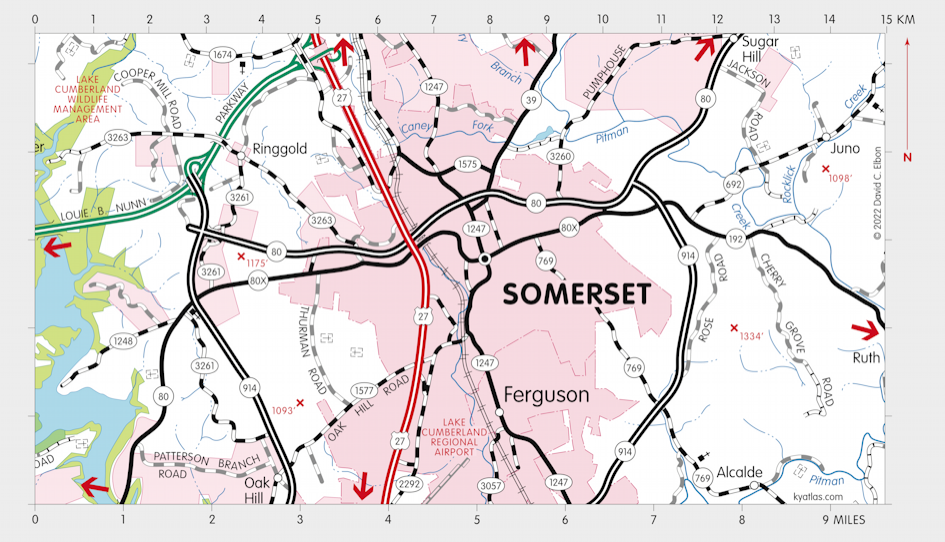 Ferguson is a Pulaski county city on the east side of Somerset. The town developed around the circa 1900 Southern Railway shops and it was named for Edward Ferguson, an Ohio attorney known as the father of the Cincinnati Southern Railway.

Ferguson was incorporated in 1906.

A Luretha post office, named for the postmaster's daughter, opened in 1911 since the Ferguson name wasn't available at that time. It was renamed Ferguson in 1947.