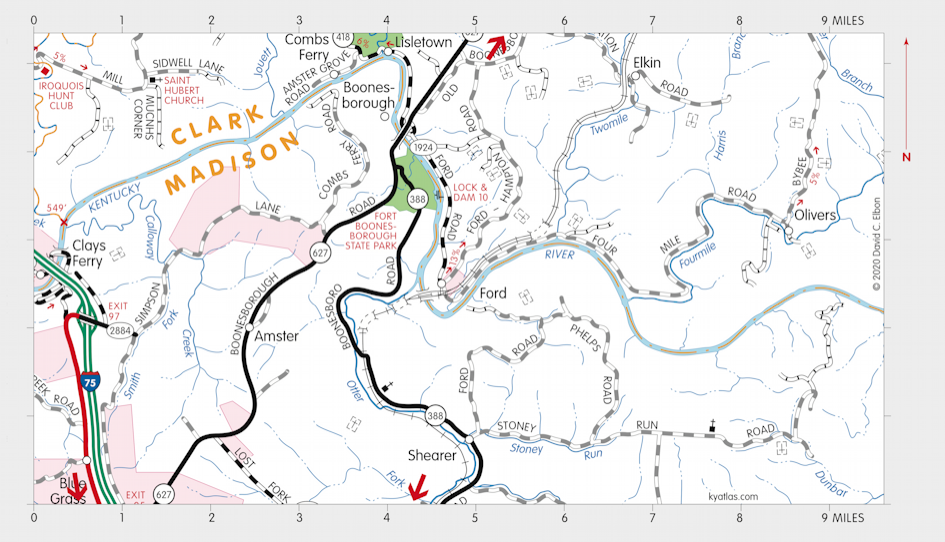 Ford is a Clark county community on the Kentucky River about nine miles southwest of Winchester. The town may have been named for Mitchell Ford, an early land owner in the area. It was once a thriving town, the site of mills processing timber that was floated down the river from the eastern forests, and the population may have reached 2,500 or more. That industry ended when locks and dams were installed on the river in the early twentieth century. It was the site of a coal-fired power plant from 1954 to 2016, which has since been demolished. Ford was incorporated in 1888, but was later dissolved. The Ford post office opened in 1883 and closed circa 1989.