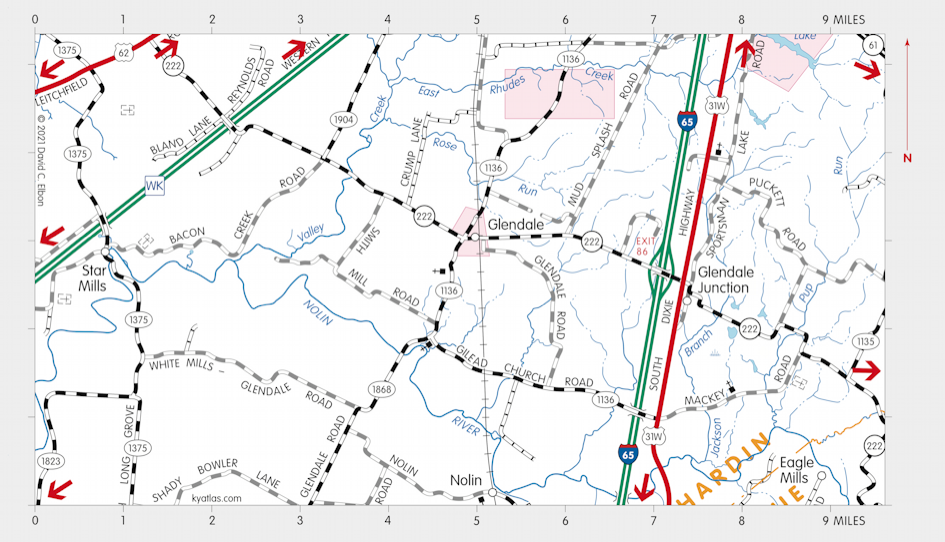 Glendale is a Hardin county community about five miles south of Elizabethtown. It was centered on Walker's store, which became Walker's Station. Glendale Station on the Louisville and Nashville Railroad was possibly named for the hometown of a railroad employee. The Glendale post office opened in 1859.

About a mile south of Glendale, near the crossing of Gilead Church Road by the railroad, was the Kentucky Baptist Childrens Home. The property began as the Lynnland Female Institute, a college for girls, in 1867. About 1871, under new owners, it became the Lynnland Military Institute and became coeducational. It closed in 1878. With another set of new owners it reopened as the Lynnland Female College in 1888, began admitting young men about 1897, and operated under various owners until 1915. In 1915 it became the Kentucky Baptist Childrens Home, later known as the Glen Dale Childrens Home and Glendale Center, and closed in 2009.