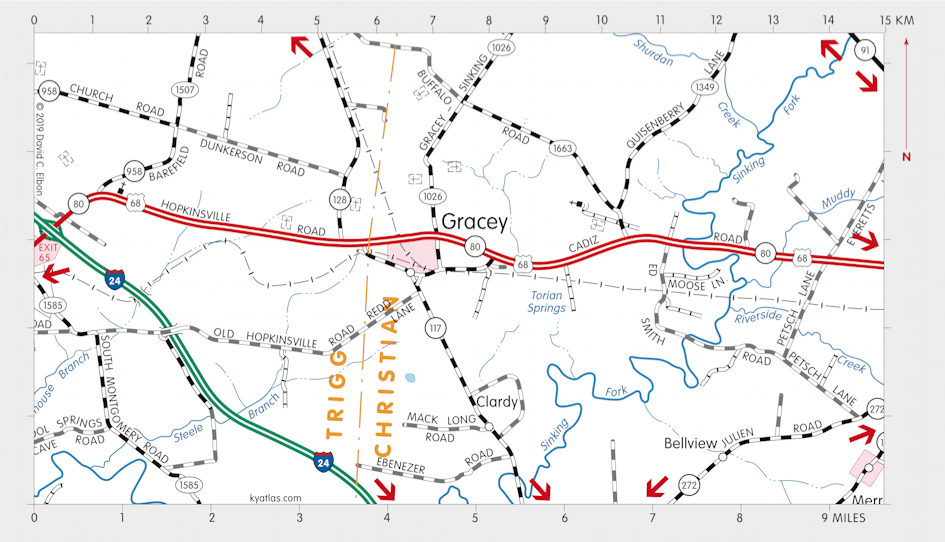 Gracey is a Christian county community on US 68 about seven miles west of Hopkinsville. It was established in 1887 as a station on the Louisville and Nashville Railroad and named for Frank P. Gracey, president of a railroad that the L&N had just acquired. It was initially known as Bryants Station for the local land owner, but the name was changed the same year. Gracey was incorporated at some point, but was dissolved in 1953. The post office opened in 1887. The population in 2010 was 138.