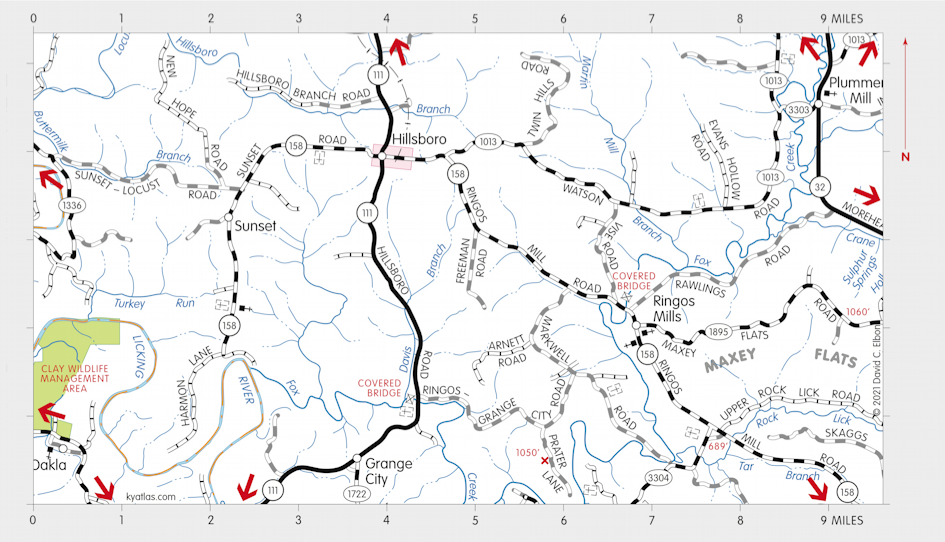 Hillsboro is a Fleming county community about 11 miles south of Flemingsburg. It was originally known as Foudraysville for the family which first settled in the area and was later changed to Hillsboro, named for its location on a hill. The Hillsboro post office opened in 1833.

Hillsboro was the southern terminus of the Flemingsburg and Northern Railroad, which was abandoned circa 1955. It was constructed in the 1870s as a part of the projected Covington, Flemingsburg, and Pound Gap Railway, which was never completed. It was reorganized several times and the existing track was operated under several names, including the Licking Valley Railroad and the Cincinnati and Southern Railroad.

The Grange City or Hillsboro covered bridge is located south of town on the road to Grange City.