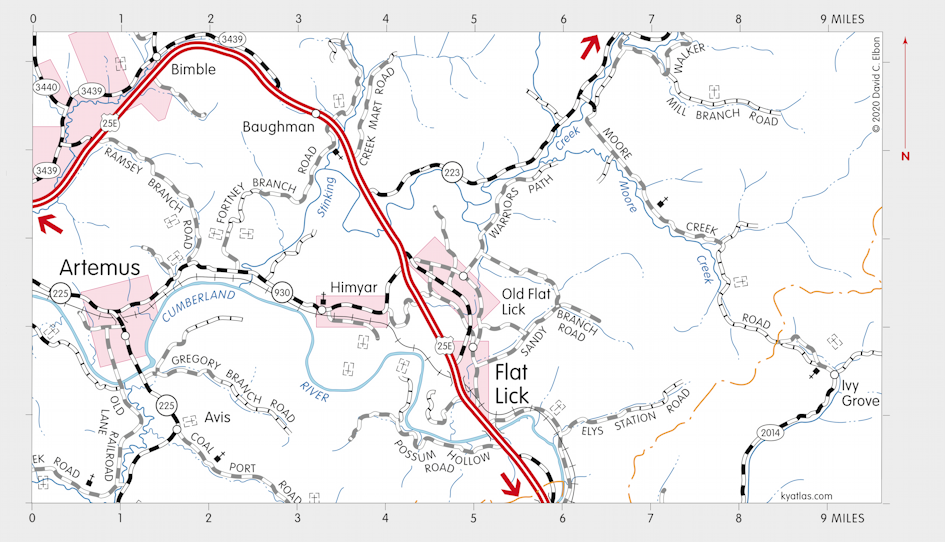 Himyar is a Knox county community on the Cumberland River about six miles southeast of Barbourville. It was established about 1898 and named for a well-known thoroughbred of the time. There was a station on the Louisville and Nashville Railroad at Himyar. The Himyar post office opened in 1906 and closed in 1985.

The thoroughbred Himyar was bred on Dixiana Stud outside Lexington, and was born in 1875, a descendant of Lexington. He had a successful racing career, including second in the Kentucky Derby in 1878, and retired to stud at Dixiana in 1882. Among his offspring was Domino. Himya died in 1905 in Tennessee. Himyar was probably named for the ancient kingdom in what is now southern Yemen.