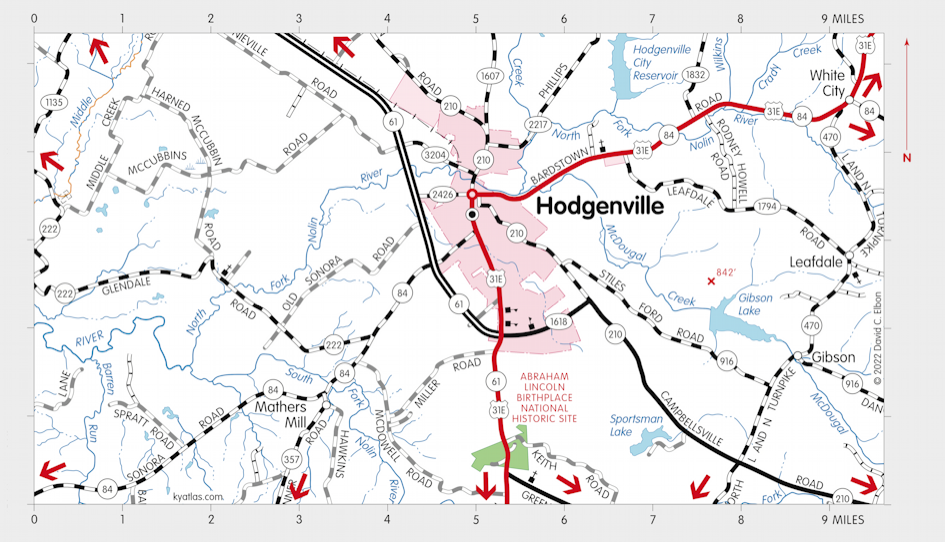 Hodgenville, the seat of LaRue county, is located on the site of Robert Hodgen's mill on the Nolin River. The mill was built in 1789 near Phillips' Fort, which was built in 1781, in what was then Hardin county. Hodgenville was established in 1818 and became the county seat when LaRue county was created in 1843.

The first post office opened as Hodgensville in 1826 and was renamed Hodgenville in 1904.