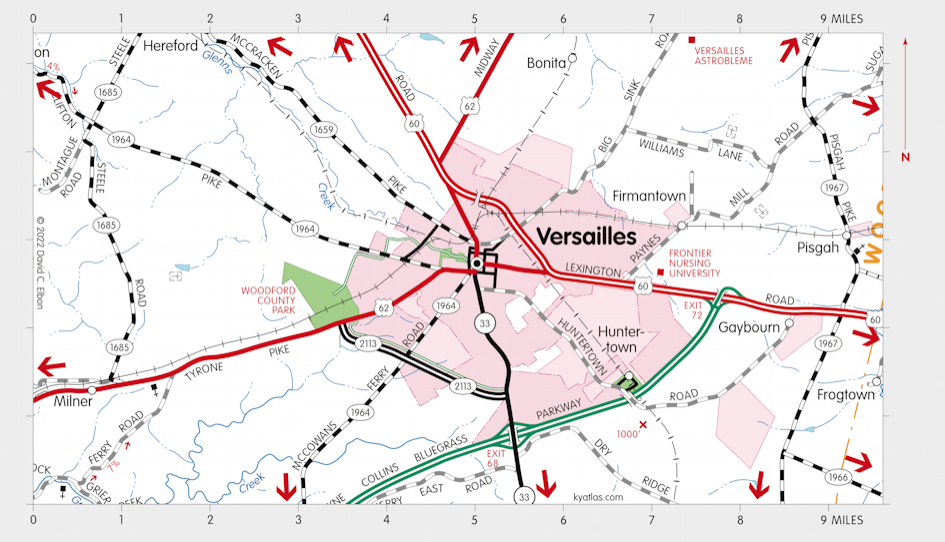 Huntertown was a Woodford county community two miles southeast of Versailles. It was an African-American hamlet settled beginning in 1871, named for the Hunter family, which previously owned the land. The population probably reached several hundred and the Huntertown Colored School, which operated from 1895 to 1940, had over 100 students.

The community was divided by the Bluegrass Parkway in the 1960s and other parts were abandoned because of flooding and drainage problems. The county bought the old hamlet in the early 2000s. It is now a county park dedicated to preserving the history of the community.