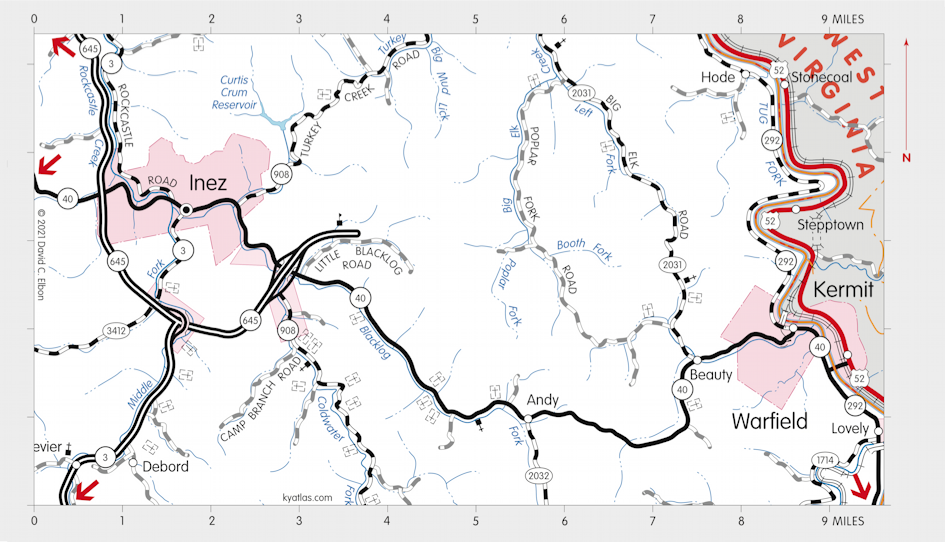 Inez, the seat of Martin county, is located near the center of the county at the forks of Rockcastle Creek. (The original county seat was Warfield.) Settlement in the area began about 1810 and the site has been known as Arminta Ward's Bottom and Eden. Inez was incorporated in 1888. The Inez post office opened in 1874 and may have been named for the daughter of the first postmaster. The town eventually became known by the same name. The population of Inez in 2010 was 717.