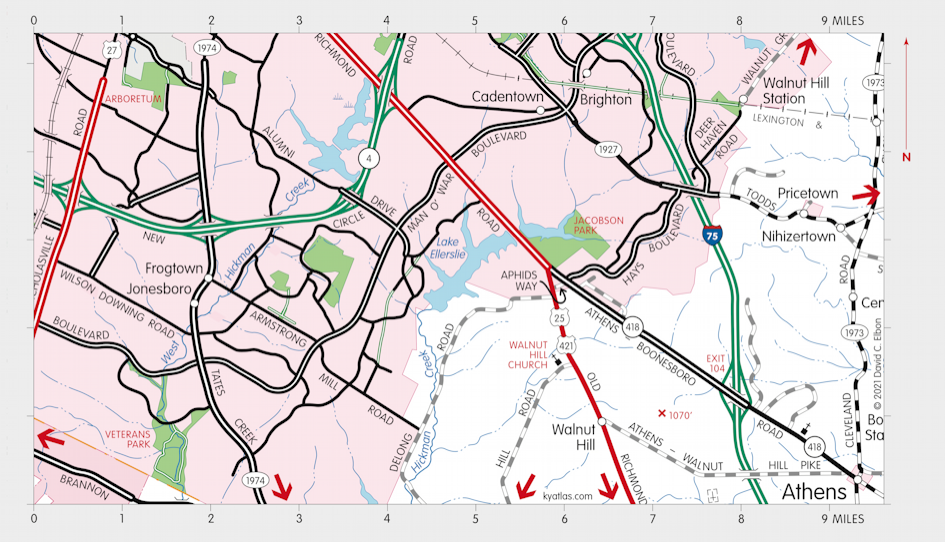 Lexington, the seat of Fayette county, was named in 1775 for the Battle of Lexington (Massachusetts) by explorers camped at McConnell Springs near the Town Branch of South Elkhorn Creek, west of what is now downtown Lexington. Permanent settlers began arriving in 1779 and the town was officially established by the Virginia Assembly in 1782. The Lexington post office opened in 1794 and the town was incorporated in 1831.

In 1974 the city and county governments merged to form the Lexington-Fayette Urban County Government. An Urban Services Area boundary separates the urban center of the county from the surrounding rural area. The population of Lexington-Fayette County in 2010 was 295,803.

Lexington is the home of the University of Kentucky, Bluegrass Community and Technical College, Transylvania University, and Lexington Theological Seminary. 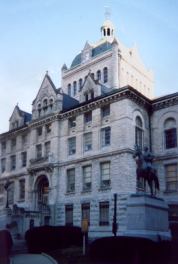 The old Fayette County Courthouse in Lexington was completed about 1898. It was the fifth courthouse, the fourth on the site. It reopened after a major renovation in 2018. It now houses the Lexington Visitors Center, event space, and offices. 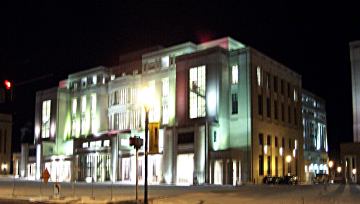 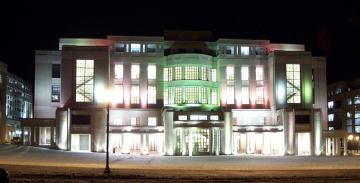 Lexington's new courthouses were completed in 2001 and 2002.

Lexington was the largest town in Kentucky into the 1830s, when it was surpassed by Louisville. 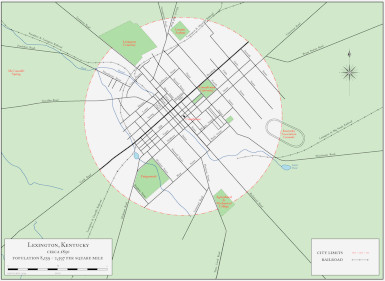 Map of Lexington, Kentucky, circa 1850

From Timothy Flint's Recollections of the Last Ten Years (1826)

Lexington is situated in the centre of what the Kentuckians affirm to be the finest body of land in the world. I believe no country can show finer upland; and for a great distance from the town, plantation adjoins plantation, in all directions... There is a balance in conveniences and defects, appended to all earthly paradises. But when the first emigrants entered this country, in its surface so gently waving, with such easy undulation, so many clear limestone springs and branches, so thickly covered with cane, with pawpaw, and a hundred species of flowering trees and shrubs, among which fed innumerable herds of deer, and buffaloes, and other game, as well as wild turkeys and other wild fowl, and the delightful aspect of the country directly contrasted with the sterile region of North Carolina, which they had left, no wonder that it appeared to them a paradise...

Lexington is a singularly neat and pleasant town, on a little stream that meanders through it. It is not so large and flourishing as Cincinnati, but has an air of leisure and opulence, that distinguishes it from the busy bustle and occupation of that town. In the circles where I visited, literature was most commonly the topic of conversation. The window-seats presented the blank covers of the new and most interesting publications. The best modern works had been generally read. The university, which has become so famous, was, even then, taking a higher standing, than the other seminaries in the western country. There was generally an air of ease and politeness in the social intercourse of the inhabitants of this town, which evinced the cultivation of taste and good feeling. In effect, Lexington has taken the tone of a literary place, and may be fitly called the Athens of the West...

I shall have occasion elsewhere, to remark upon the moving or migratory character of the western people generally, and of this state in particular. Though they have generally good houses, they might almost as well, like the Tartars, dwell in tents. Everything shifts under your eye. The present occupants sell, pack up, depart. Strangers replace them. Before they have gained the confidence of their neighbours they hear of a better place, pack up, and follow their precursors.