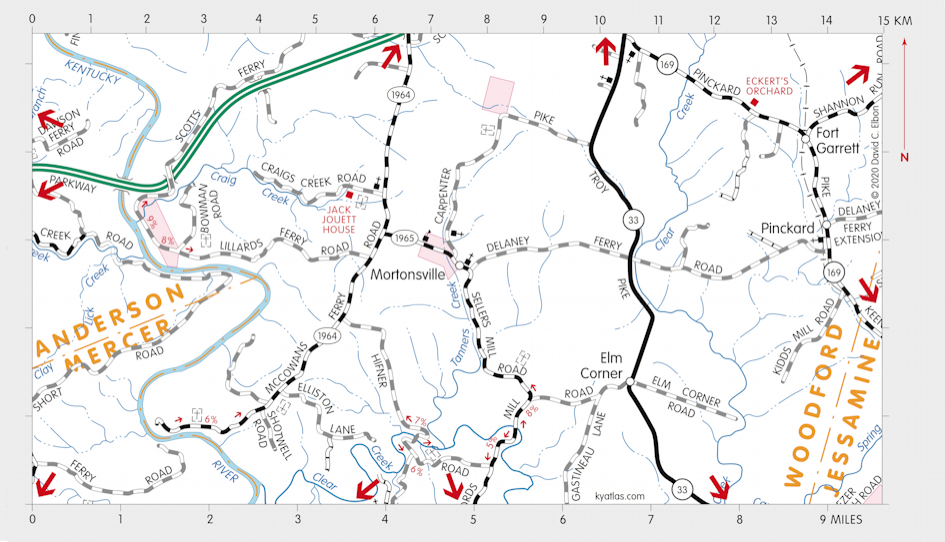 Mortonsville is a Woodford county community on Tanners Creek about seven miles south of Versailles. It was settled about 1790 by the Rucker and Morton families and known as Rucker's Big Spring until circa 1812 when the town was laid out by Jeremiah Morton. The town declined after the arrival of the railroad, which passed several miles to the east. Mortonsville was incorporated in 1835, but was later dissolved. A Mortonsville post office operated from 1828 until 1921.

An unsuccessful attempt was made to move the state capital to Mortonsville in the 1860s.