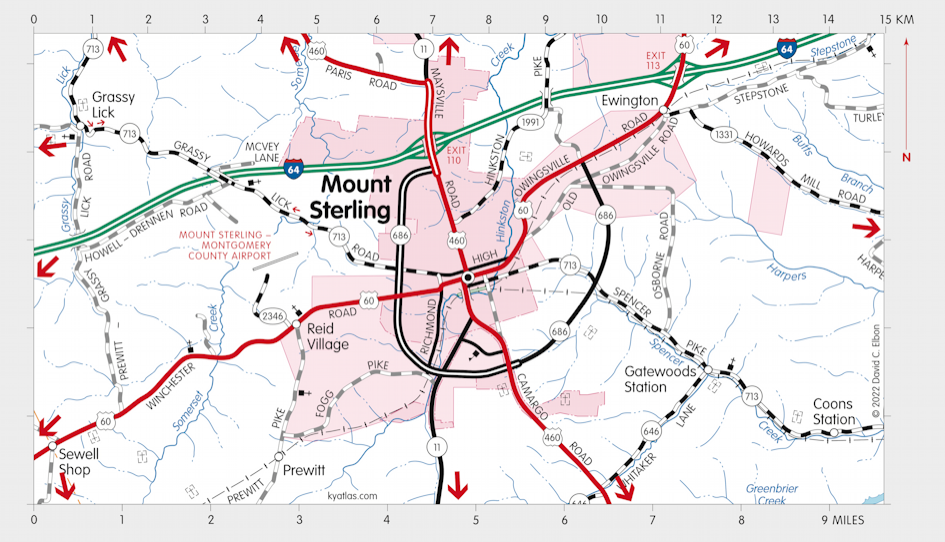 Mount Sterling, the seat of Montgomery county, was settled in the late 1700s and was originally known as Little Mountain Town, for a large local Indian mound. It was renamed Mount Sterling in 1792 for Stirling, Scotland, the home of one of the town founders.

Mount Sterling was incorporated in 1851.

The Montgomery Court House post office opened in 1801 and was renamed in 1807.

Mount Sterling was the western terminus of the Mount Sterling-Pound Gap road, the longest pre-Civil War state road. It was surveyed beginning in 1817 and extended to beyond Prestonsburg, a total of ninety four miles. It became the major overland route to Virginia and the east. Maintenance was a continuing problem and it was turned over to the counties in 1838 and fell into disrepair. The present highway US 460 follows the approximate route of the original road.

The Elizabethtown, Lexington, and Big Sandy Railroad arrived in 1872 and helped make Mount Sterling an important livestock market. The line was abandoned about 1985. 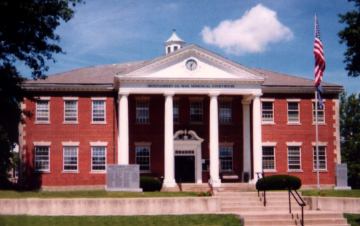 Court Days in October is an important local festival.