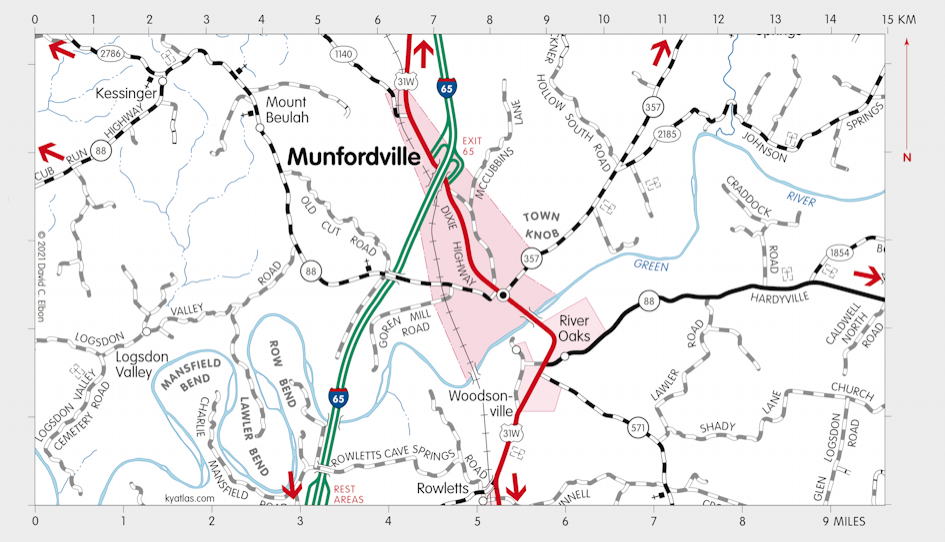 Munfordville, the seat of Hart county, was named for Richard Jones Munford, who gave the land for the town in 1816. The area was once known as Big Buffalo Crossing and is often now called Munfordsville, although the "s" is no longer in the official name.

Munfordville was incorporated in 1880.

The Munfordsville Court House post office opened in 1820 and was later renamed Munfordville.