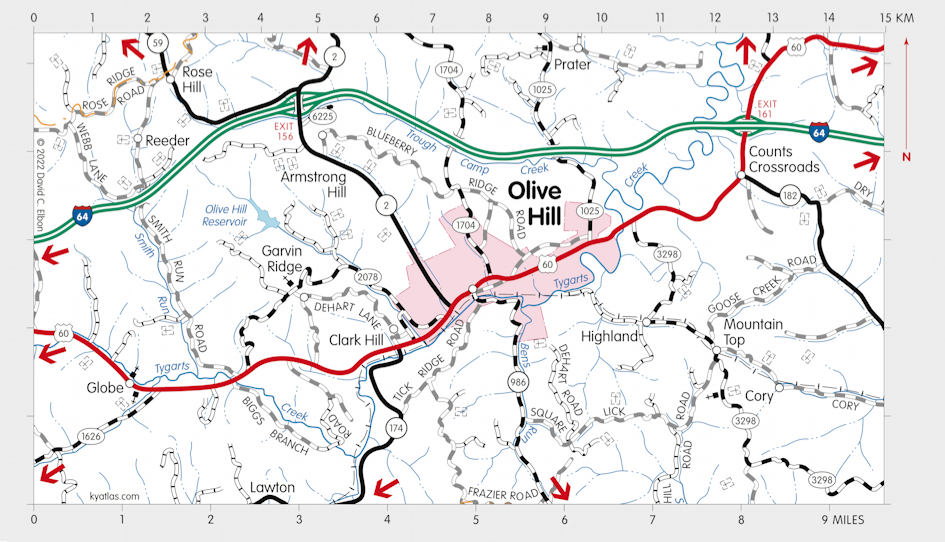 Olive Hill is a Carter county town about 10 miles west of Grayson on Tygarts Creek. Settlement in the area began by about 1790 and the area may have been known originally as Cold Springs. The original site was on a hill, now known as Old Olive Hill, but the town moved to the tracks of the new Elizabethtown, Lexington, and Big Sandy Railroad in 1882. The area once supported a timber industry and later fire brick manufacturing from local clay. The source of the name Olive Hill is obscure.

Olive Hill was originally incorporated in 1861 and again in 1884.

Olive Hill was the seat of Beckham county, which was formed in February, 1904 and dissolved in April the same year. 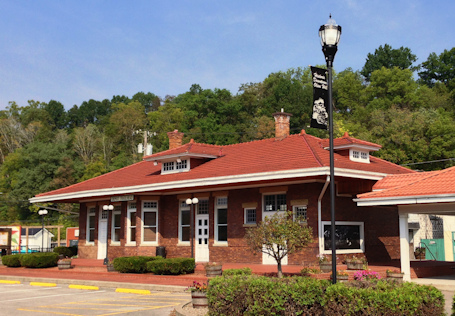 The circa 1917 passenger train depot is now a welcome center and the trailhead for a network of hiking, biking, horse, and water trails.

Olive Hill has been designated a Kentucky Trail Town.