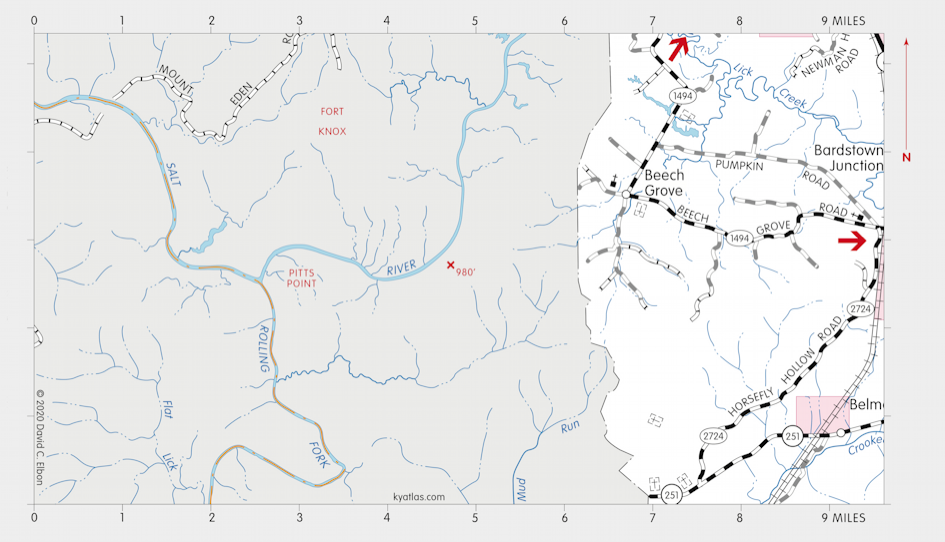 Pitts Point was a Bullitt county town about eight miles southwest of Shepherdsville at the confluence of the Salt River and Rolling Fork. Settlement began by 1790 and a ferry across the Salt River was operating in the early nineteenth century. Brothers John and James Pitt bought 600 acres at the point in 1831 and laid out Pittstown, which included about 90 lots. It grew into a thriving town with steamboat shipping, salt production, mills, and other industry. There was a Pitts Point Academy. The population peaked at 600 in 1860 and declined with the growth of the railroads and decline of river shipping. The town was mostly deserted by the early twentieth century. The area was purchased by the United States Army to become part of Fort Knox circa 1941. Pitts Point was incorporated in 1861, but was later dissolved. The Pitts Point post office opened in 1850 and closed in 1907. There may have been a Pittstown post office nearby from 1928 to 1929. 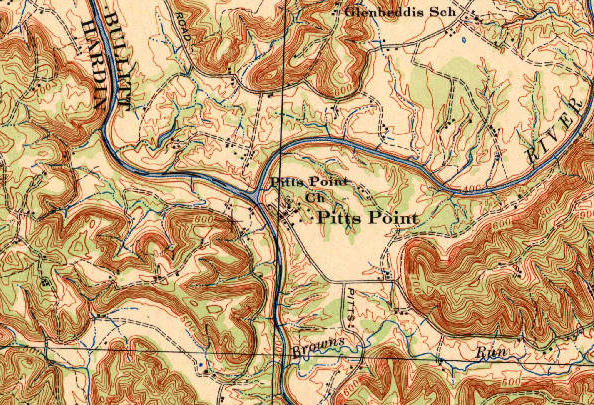 Pitts Point from the 1943 edition of the Vine Grove, Kentucky topographic map.