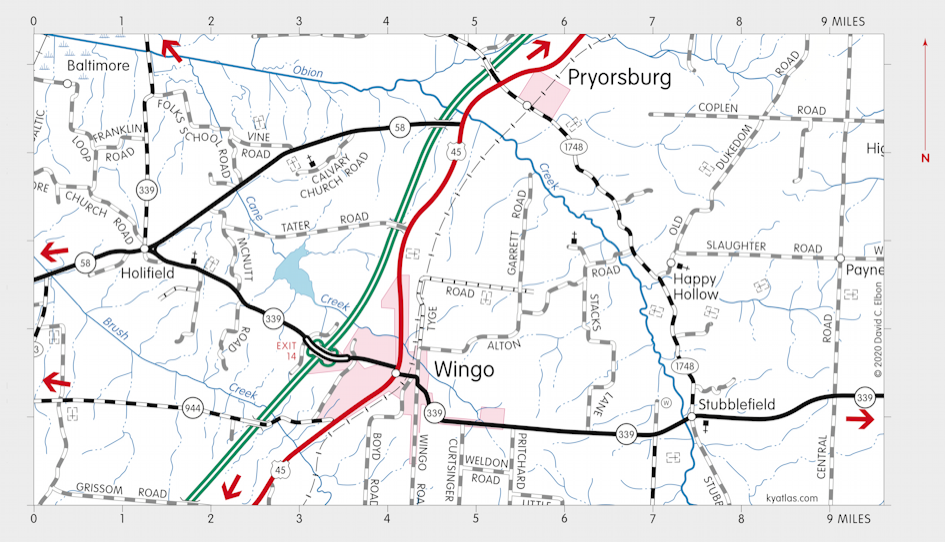 Pryorsburg is a Graves county community about six miles southwest of Mayfield. Named for the Pryor family who owned land in the vicinity. There was some settlement before 1850, but development accelerated after the arrival of the railroad in 1854. It was apparently also known as Bogy or Bogey and Pryors. A Depot post office opened in 1855, was renamed Pryorsburg in 1860, closed and reopened several times, and closed in 1960. The population of the Pryorsburg census designated place in 2010 was 311. Pryorsburg was incorporated in 1874, but was later dissolved.