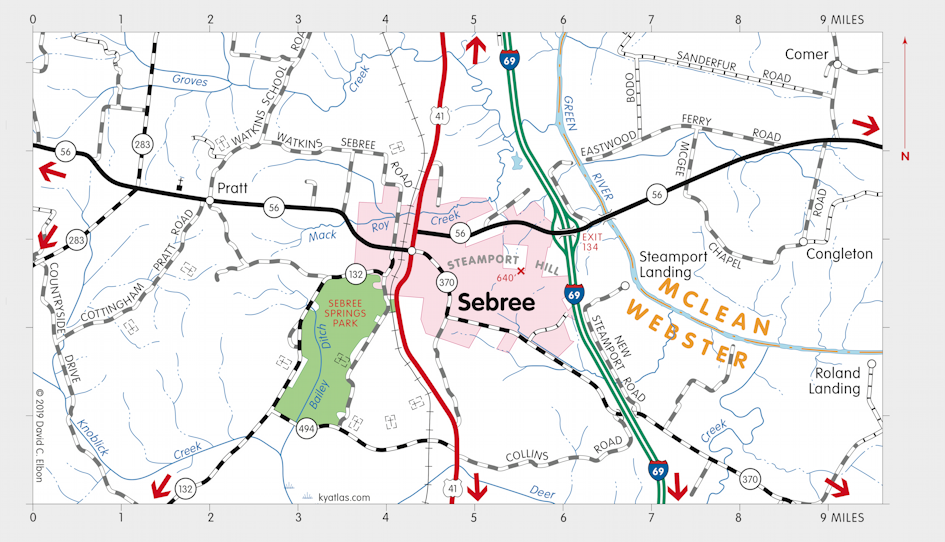 Sebree is a Webster county city about nine miles northeast of Dixon and about two miles west of the Green River. It was established circa 1867 with the construction of the Evansville, Henderson, and Nashville Railway (later part of the Louisville and Nashville). The area was first known as McElroy's Gap. The town was initially known as Springdale, named for the nearby springs, then McBride, and finally Sebree, for E. G. Sebree, one of the founders. Sebree was incorporated in 1871. The McBride post office opened in 1869 and was renamed Sebree in 1870. The population in 2010 was 1,603.

Steamport Hill, the highest point in the county at 640 feet, is between the center of town and the Green River.