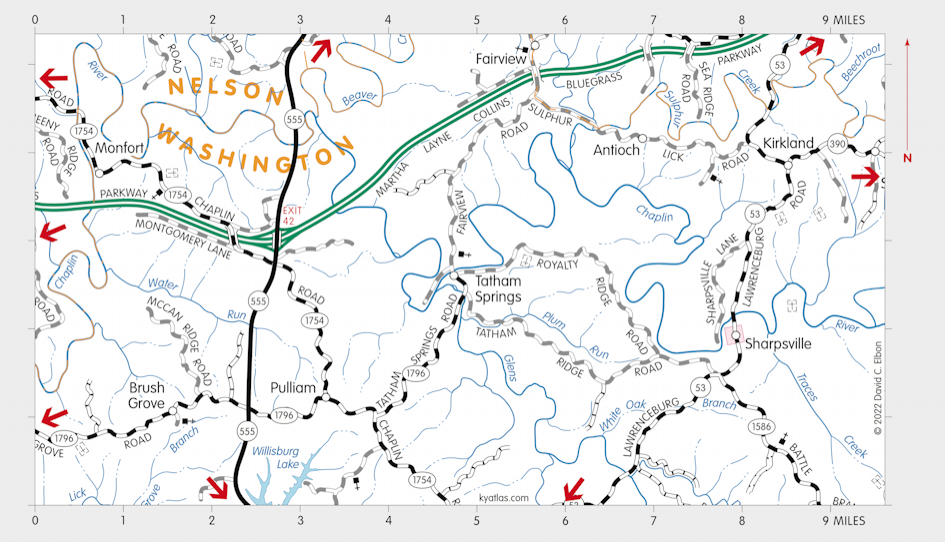 Tatham Springs was a resort and hotel in Washington county on the Chaplin River near Glens Creek about 12 miles northeast of Springfield. The hotel was built circa 1890 and operated until 1918. It was used as a 4-H camp from 1941 to 1969. The abandoned hotel building burned in 2006. The name Tatham came from a local family. Carey's Mill operated at or near the same site before the spa. It was an early tunnel mill which used a tunnel from the river to direct water to the mill wheel. A Montfort post office opened in 1886, was renamed Tatham Springs (or Spring) in 1893, and closed in 1919.