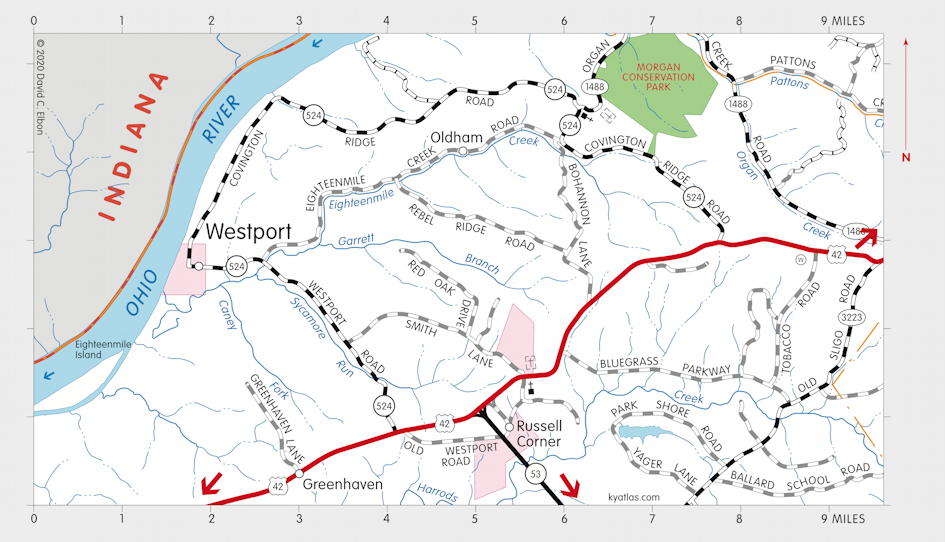 Westport is a Oldham county community on the Ohio River at the mouth of Eighteenmile Creek about eight miles northwest of La Grange. It was established circa 1797 and was originally known as Liberty. It was renamed Westport soon after and was made the seat of Oldham county when it was formed in 1823. The seat was moved to La Grange in 1827, back to Westport in 1828, and back to La Grange again in 1838. It was an important river shipping town and there was a ferry across the Ohio by 1800. The railroads bypassed Westport and it began to decline by the middle of the nineteenth century. The Westport post office opened in 1816, perhaps first spelled as West Port. The population of the Westport census designated place in 2010 was 268.