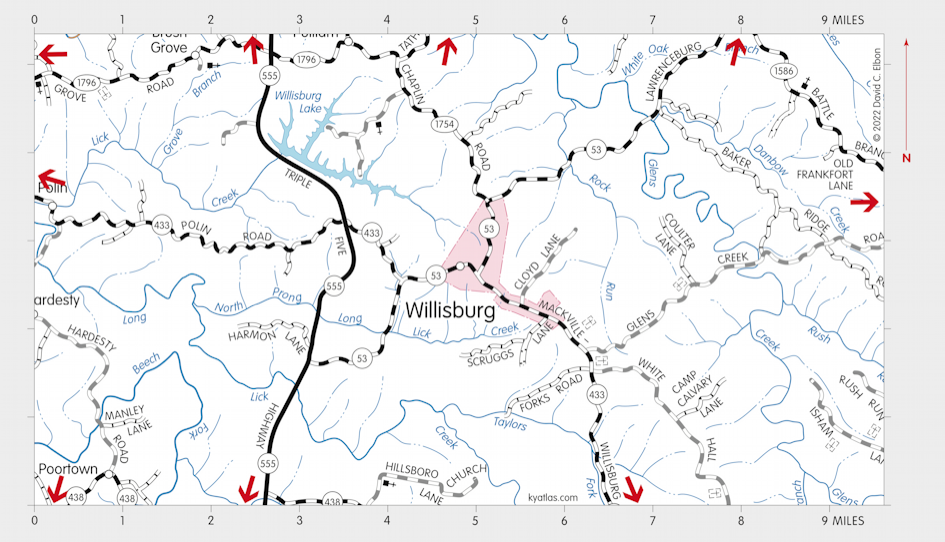 Willisburg is a northern Washington county city about nine miles northeast of Springfield. It was chartered in 1838. The source of the name is not known, although it may have been named for an early postmaster. Willisburg was incorporated in 1965. The Paoli post office operated in the area from 1838 to 1839. The origin of the Paoli name is not known. The Willisburgh post office opened in 1844 and the spelling was changed to Willisburg in 1894. The population in 2010 was 282.