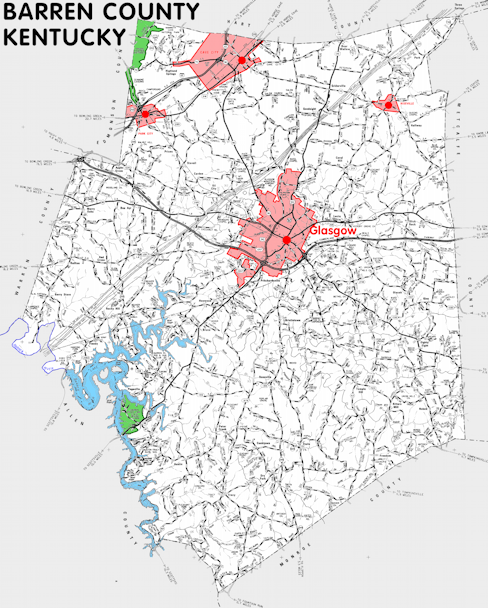 Barren county is in the Pennyrile region of Kentucky. The elevation in the county ranges from 465 to 1068 feet above sea level.

The equine population was 3,600 in the 2012 Kentucky Equine Survey.

Barren county is in the Glasgow micro statistical area and the Barren River Area Development District.

Barren county was named for the grasslands, known as the barrens, that cover the northern part of the county.

Mammoth Cave National Park extends into the northwest of the county near Park City and Cave City.