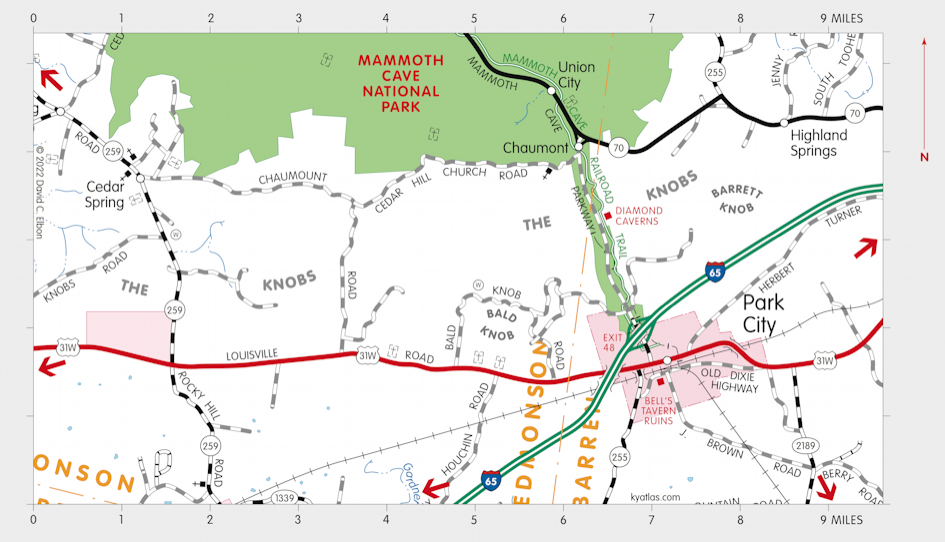 Park City is a western Barren county town about 10 miles northwest of Glasgow and just southeast of Mammoth Cave National Park. It was established by the early nineteenth century at the junction of the Glasgow Road, Bardstown Road, and Louisville and Nashville Pike. Its early name, Three Forks, came from this crossing. It was the site of Bell's Tavern, which operated until about 1860. When a spur from the Louisville and Nashville Railroad was opened to Glasgow after 1859 the site became known as Glasgow Junction. It was later named Park City. Glasgow Junction was incorporated in 1871. The Three Forks post office opened in 1827, was renamed Glasgow Junction in 1863, and became Park City in 1938. The population in 2010 was 537.

Bell's Tavern was built by William Bell circa 1830 and was a stage stop for the lines to the south and to Mammoth Cave. Bell died about 1853 and the Tavern was operated by members of his family until it burned circa 1860. Construction of a new stone tavern was started sometime after that, but it was never completed. The unfinished walls of the stone tavern building are still standing.