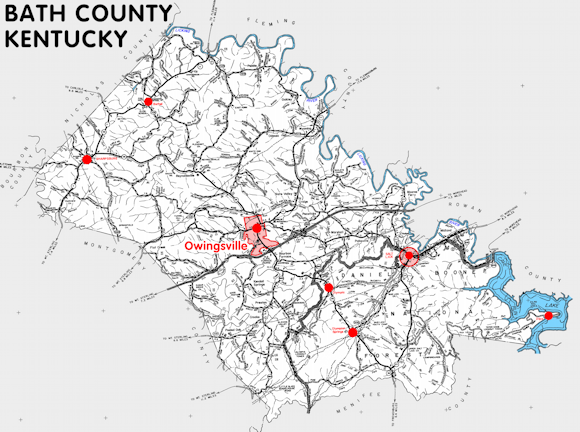 Bath county is in the Eastern Coal Field and Outer Bluegrass regions of Kentucky. The elevation in the county ranges from 590 to 1388 feet above sea level.

It was formed in 1811 from Montgomery county. The county seat is Owingsville. Bath county was a source of Morgan (1823) and Menifee (1869) counties.

Bath county is in the Gateway Area Development District.

Bath county was named for the springs in the area that were thought to have medicinal value. Settlers to the area began processing iron ore by about 1790 and the remains of several old iron furnaces can be found in the county.

The county seat was originally at Catlett's Flat, about a mile south of Owingsville.