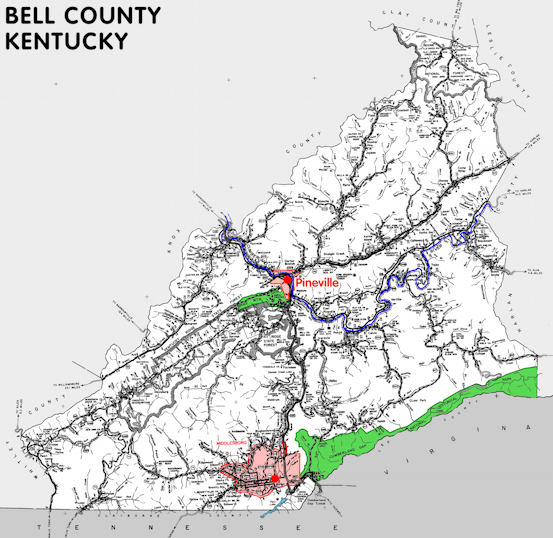 Bell county is in the Eastern Coal Field region of Kentucky. The elevation in the county ranges from 975 to 3500 feet above sea level.

It was formed in 1867 from Harlan and Knox counties. The county seat is Pineville.

Bell county is in the Cumberland Valley Area Development District.

Bell county was originally known as Josh Bell county for Joshua Fry Bell, Kentucky legislator. It was shortened to just Bell in 1873.

The Cumberland Gap is in Bell county, just south of Middlesborough, on the border between Kentucky and Tennessee.