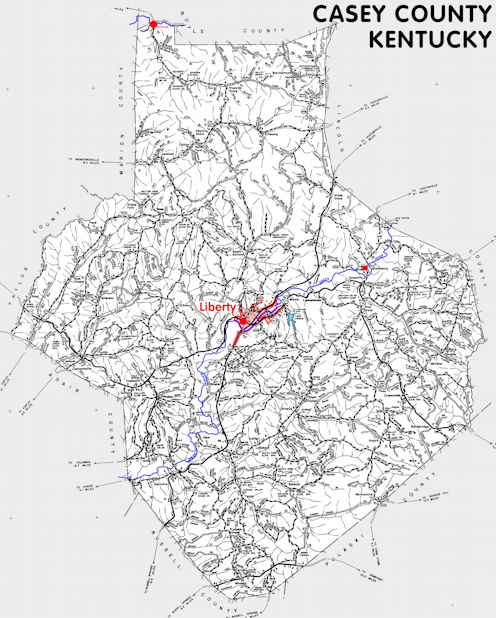 Casey county is in the Pennyrile and Outer Bluegrass regions of Kentucky. The elevation in the county ranges from 710 to 1789 feet above sea level.

It was formed in 1807 from Lincoln county. The county seat is Liberty.

The equine population was 1,400 in the 2012 Kentucky Equine Survey.

Casey county is in the Lake Cumberland Area Development District.