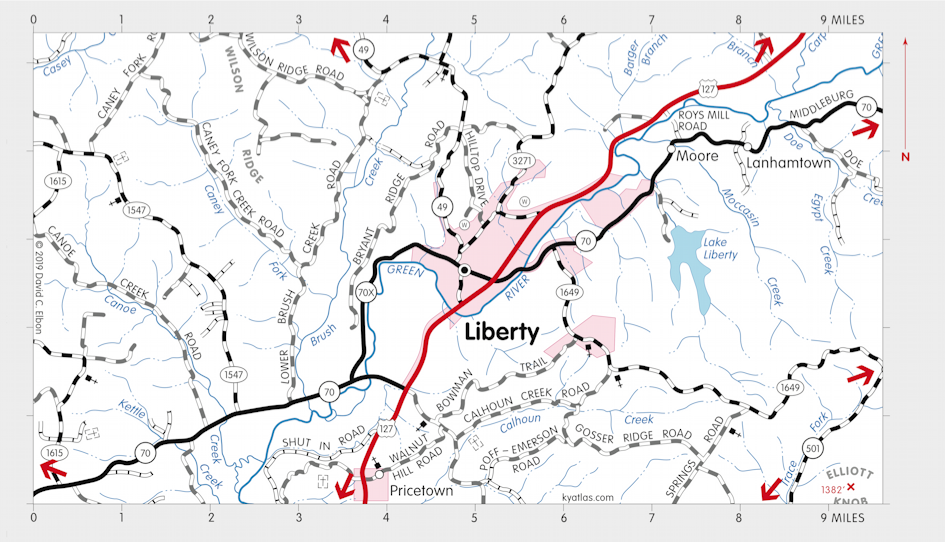 Liberty, the seat of Casey county, is located near the center of the county on the Green River. It was established in 1806 and became the seat of the new county two years later.

Liberty was incorporated in 1830. 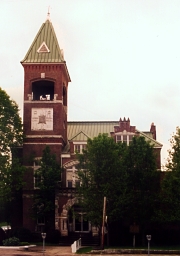 The Casey County courthouse in Liberty, the third, was completed in 1889 (1998 photo). A new Judicial Center was completed nearby in 2003.