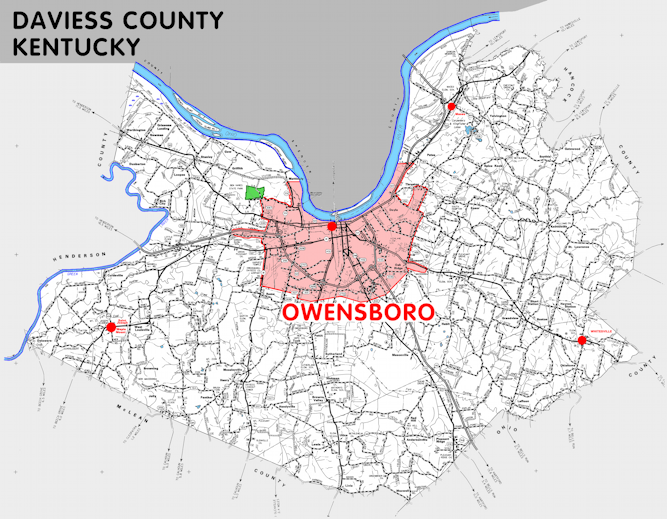 Daviess county is in the Western Coal Field region of Kentucky. The elevation in the county ranges from 347 to 680 feet above sea level.

The equine population was 1,400 in the 2012 Kentucky Equine Survey.

Daviess county is in the Owensboro metro statistical area and the Green River Area Development District.

Daviess county was named to honor Joseph Hamilton Daveiss, who served as United States District Attorney and in the military. The spelling of the county name is inexplicably different than the spelling he used.