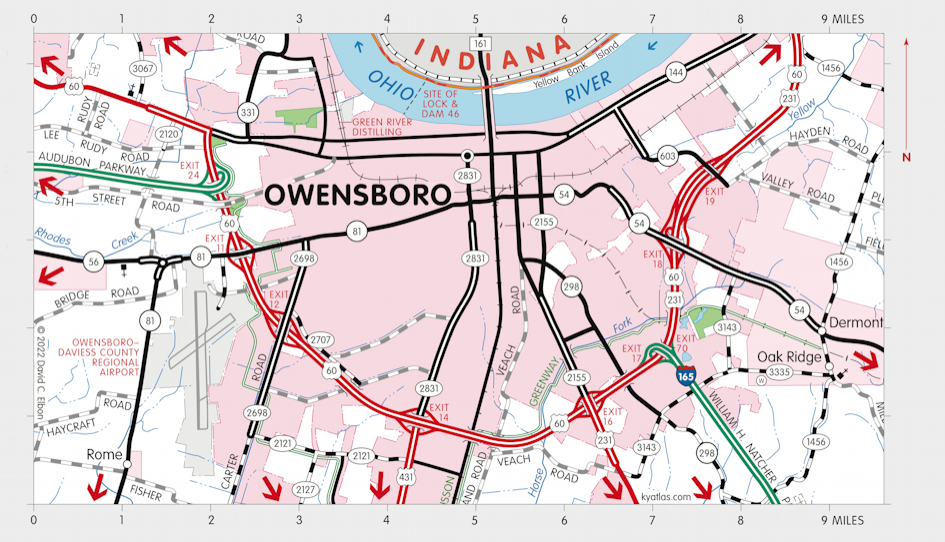 Owensboro, the seat of Daviess county, was laid out in 1816 and named for Colonel Abraham Owen. Located on the Ohio River, the area was known as Yellow Banks by 1776 with settlers arriving by 1798. The Yellow Banks post office opened in 1806, became Owensborough in 1816, and Owensboro in 1893. The name Rossboro or Rossborough, for Virginian David Ross, was proposed for the town, but this was rejected by the Kentucky legislature. Owensboro has been incorporated since 1850. The population in 2010 was 57,265.

Owensboro is the home of Brescia University (established in Saint Joseph in 1861), Kentucky Wesleyan College (established in Millersburg in 1860), and Owensboro Community and Technical College.