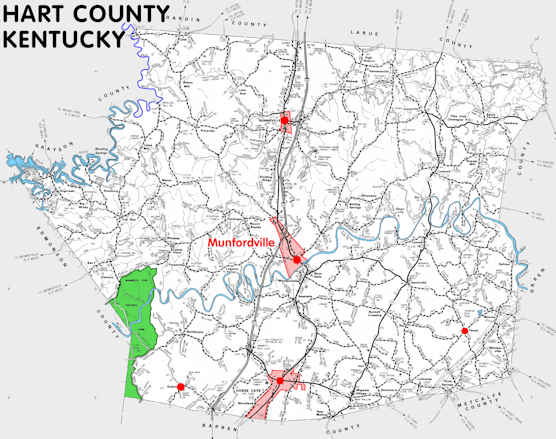 Hart county is in the Pennyrile region of Kentucky. The elevation in the county ranges from 421 to 1156 feet above sea level.

It was formed in 1819 from Barren and Hardin counties. The county seat is Munfordville. Hart county was a source of Edmonson (1825) county.

The equine population was 3,300 in the 2012 Kentucky Equine Survey.

Hart county is in the Barren River Area Development District.

Hart county was named for Captain Nathaniel Gray Smith Hart, a lawyer from Lexington who was killed at the River Raisin during the War of 1812.