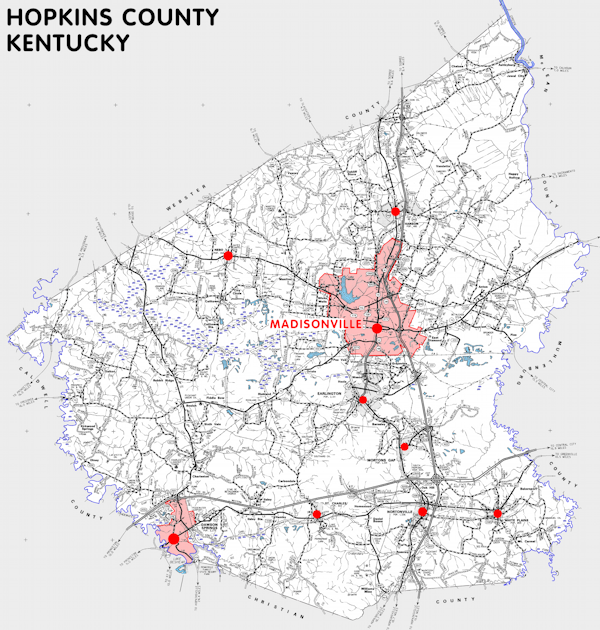 Hopkins county is in the Western Coal Field region of Kentucky. The elevation in the county ranges from 345 to 729 feet above sea level.

It was formed in 1807 from Henderson county. The county seat is Madisonville. Hopkins county was a source of Webster (1860) county.

The equine population was 1,900 in the 2012 Kentucky Equine Survey.

Hopkins county is in the Madisonville micro statistical area and the Pennyrile Area Development District.

Hopkins county was named for General Samuel Hopkins, who served in the American Revolution and later in the Kentucky and United States legislatures.