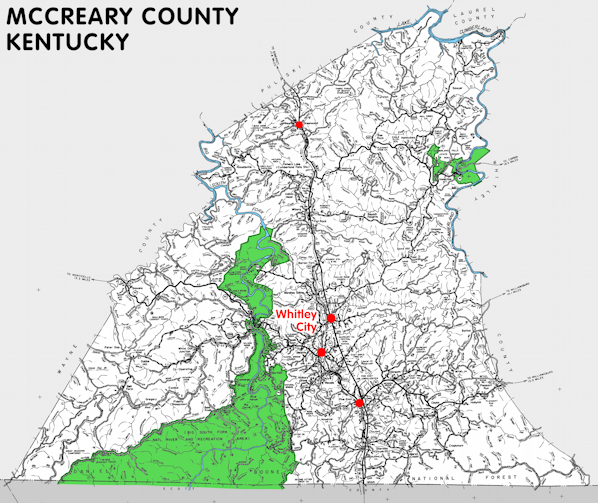 McCreary county is in the Eastern Coal Field region of Kentucky. The elevation in the county ranges from 723 to 2165 feet above sea level.

It was formed in 1912 from Pulaski, Wayne, and Whitley counties. The county seat is Whitley City.

It is the last county formed in the state.

The equine population was 300 in the 2012 Kentucky Equine Survey.

McCreary county is in the Lake Cumberland Area Development District.

McCreary county was named to honor James B. McCreary, two-time governor of Kentucky.

The county is entirely within the Daniel Boone National Forest and includes part of the Big South Fork National River and Recreation Area and part of Cumberland Falls State Resort Park.