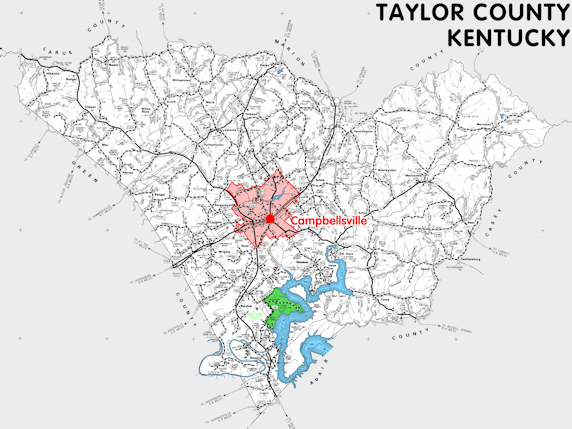 Taylor county is in the Pennyrile region of Kentucky. The elevation in the county ranges from 570 to 1200 feet above sea level.

It was formed in 1848 from Green county. The county seat is Campbellsville.

The equine population was 2,100 in the 2012 Kentucky Equine Survey.

Taylor county is in the Campbellsville micro statistical area and the Lake Cumberland Area Development District.

Taylor county was named to honor Zachary Taylor, who had lived in Louisville, served in the United States Army in the Mexican War and on the frontier, and later became President of the United States.