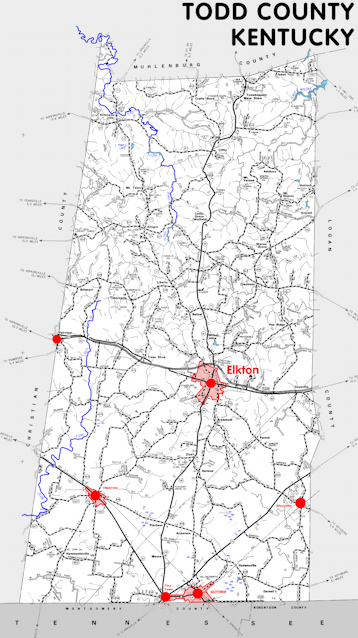 Todd county is in the Pennyrile region of Kentucky. The elevation in the county ranges from 405 to 966 feet above sea level.

It was formed in 1820 from Christian and Logan counties. The county seat is Elkton.

The equine population was 1,300 in the 2012 Kentucky Equine Survey.

Todd county is in the Pennyrile Area Development District.

Todd county was named to honor Colonel John Todd, who served in the American Revolution and died at the Battle of Blue Licks.